Facilitation can set you free 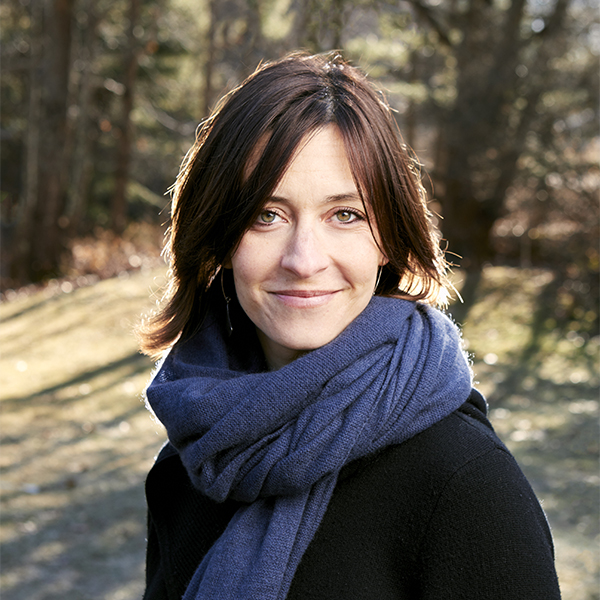 Lauren is a Senior Consultant, Director of New Program Development and Editor-in-Chief at Ten Directions.

Scared of being obtuse and failing to deliver what the group needs. Scared I’ll offend someone. Scared something will happen that I can’t handle and I’ll freeze, revealing my incompetence.

In short, I’m scared I’ll get booed right off the stage.

Standing in front of a group of people is evocative. Whether you love the adrenalin or you hate it, there’s always a spike when you find yourself look out across a sea of faces that are all staring back. At. You.

So I’m just going to come out and say it: people are scary to me. Not all of them equally or in the same way. But in a very real sense (as we often talk about in the Integral Facilitator program) it makes sense that we might be scared of other people—historically, humans were many times more likely to be killed by another human than another predator.

And yet despite the obvious statistical risk of annihilation, I find myself drawn to the practice of facilitation like a dainty moth to its fiery demise.

And that’s not just hyperbole—my “demise” is actually waiting for me on the other side of that threshold of fear. The demise of the scared little Lauren who wants to have all the answers, avoid uncertainty, perform, and be liked.

My demise is necessary because there’s simply no way I can be an instrument in service of a group’s intention if a good portion of my energy and cognitive capacity is locked up in the neverending project of keeping my small-self’s esteem afloat.

For the last two weeks, I’ve been presented with this lesson in spades.

A small community that I’m a part of—but had grown away from and decided to leave—needed facilitation support for a critical period of organizational re-structuring.

There I stood, a departing member, increasingly differentiated from my longstanding preferences about what this group could be and become.

When the facilitation need arose in the group, it hit me: as a result of my impending departure, I could choose to identify not as Lauren-the-disgruntled-participant, but as Lauren-the-unbiased-facilitator.

No longer a stakeholder, yet someone with deep context familiarity, I could shift my identity within and to the group so as to be better able to serve its emerging needs.

I could be free.

With some trepidation, I offered myself forward in this role, and my offer was accepted.

And then of course, there was fear.

Fear of the old familiar disappointments I’d already experienced with this group. Fear that I’d manage to bungle my attempt to be unbiased. Fear that I’d break some invisible cultural rule and my facilitation would be rejected.

But the truth is, my desire to serve was bigger than my fear, and that changed everything.

Here’s what I’ve learned so far (the org restructure is still underway, and I’m still facilitating). A few insights that feel like answers to some longstanding questions I’ve held about the practice of integral facilitation.

How much should a facilitator prepare—especially if you want to bring spontaneity and creativity into the room?

Before our first meeting, I did a lot of preparation. But it was mostly inner preparation. I did read through all our documents and I did verse myself in the issues that would be discussed that evening.

But I spent more time practicing with my own feeling state and returning to an inner stance (something I could really feel in my body) of unbiased service.

And make no mistake, this is not because I’m unperturbable or especially practiced, but because the futility of participating with the fear and mental chatter was just so obvious. I knew from plenty of experience how irrelevant my preferences for this group were in influencing its outcomes.

So there could be no answers in advance. The only thing I could really relax into was my newly minted commitment to serve.

I also prepared by nourishing myself through returning to the sources of wisdom that inspire and support me (most of which come from my experience in the IF program). The process of reconnecting with the practice community that supports me and the tapestry lineage that it reflects provides immeasurable grounding and confidence.

Lastly, I delegated. Honestly this was more out of necessity than anything else, but looking back, I now see how helpful it was.

Instead of taking on responsibility for setting up the whole room, preparing the agenda, setting out my tea and cookies (in this case it was wine), as soon as I arrived I sought the support of a few people who could make all those things happen. This freed me and it grounded me; I wasn’t trying to do it all, but I was ensuring that it all got done.

So all told, here’s my take-away about preparation: Prepare your instrument. Don’t try to prepare away your fear.

When is it okay for a facilitator to bring in their own perspective into a group?

I’ve heard this question asked a lot, and I’ve wondered about it many times. Am I dominating the group with my POV when I make first-person statements? When is it skilfull, and when is it selfish? Do they even care?

A moment stood out for me in my recent weeks of facilitating this ‘new-old’ group.

The group was going around and around in circles, according to the inclusive procedure it prefers to use. I was cooperating, calling on person after person. After a few rounds, at a natural pause when I could sense the confusion of too many perspectives in the room, I spoke directly to the group.

“So as a facilitator right now, I’m in a difficult situation. I want to support your process and allow everyone to voice their perspective. And, I know that if I don’t support you to find a decision making process that you can all work with, we won’t get there tonight. Are you willing to work with a suggestion from me about an approach you could try?”

The group agreed and actually seemed energized by the reflection back to them of their tendency to circle indefinitely. They got aligned around a suggestion, and then built on it with more discussion into a direction they wanted to go.

My take away was this: If sharing my perspective can serve as a mirror for the group to better recognize itself, then it will be of value.

There was one more insight that I never expected, so naturally I have to write about it.

Sometimes when someone leaves crying, it’s the best thing that can happen to a group.

But oddly, that wasn’t what I experienced.

A member of our group with longstanding institutional knowledge and a great deal of implicit power broke down at one point in the meeting. After a brief explanation, she decided she needed to excuse herself from the room in a way that was accepted by the group.

I quickly realized that we still had to include our absent friend and her emotions in the room—even if she wasn’t present. So we created space to acknowledge that her emotion was driven by a fear that many other people in the room shared. And in fact, so many people cared about that issue that it led the group to articulate a principle that it would use in guiding its decision making process about the re-structure.

Amazingly and quite beautifully, the group’s integration of this uncomfortable emotional outburst is exactly what led it to identify a heartfelt principle that would guide it’s strategic and very numbers-driven decisions—a principle that will make the group’s decision more risky, but which exemplifies its values in singular way.

And so I can’t help but say: it was a person leaving our meeting crying that enabled us to transmute an element of group shadow into an orienting principle for a more coherent, life-giving decision.

I am humbled by the practice of facilitation. Undertaken with dedication and a willingness to grow, it’s a crucible like no other. I am not always dedicated, nor willing. Sometimes I really just want to get out unscathed. And get a sticker for doing a good job.

But this time, by some grace, I found myself on the other side of my own fear, able to serve in a way I never had before. I’m so grateful for the opportunity, and each time I go back into the room with this group, I relish the opportunity to experience my own demise.

So this is my final ah-ha: Facilitation can set you free.

Lauren is a Senior Consultant, Director of New Program Development and Editor-in-Chief at Ten Directions.
View all Posts

2 thoughts on “Facilitation can set you free”