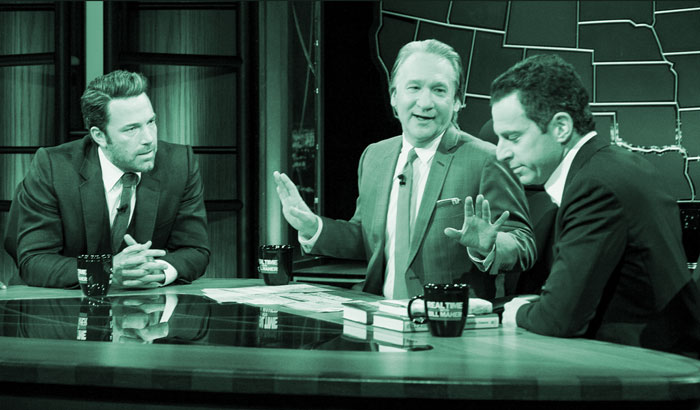 I took an interest in the clip that was all over the internet last week of an episode of HBO’s Real Time with Bill Maher, the comedian-talk-show-host exchanging with Sam Harris, the atheist-turned-mindfulness author, and Ben Affleck, the actor. If you haven’t already seen it, here’s a link to view the clip of their heated discussion.

Bill Maher begins the discussion by asserting that both he and Sam Harris have been trying to make the case that “liberals need to stand up for liberal principles” like freedom of thought and speech, religious freedom, freedom to leave a religion, and equality for women, minorities, and homosexuals, but says you can’t say those things about Muslims.

Sam Harris responds by asserting that, as he said, “Liberals have failed when it comes to theocracy, and have been sold this meme of ‘Islamaphobia’,” which is the problem of conflating criticism of Islamic doctrine and with bigotry towards Muslims as people.

END_OF_DOCUMENT_TOKEN_TO_BE_REPLACED 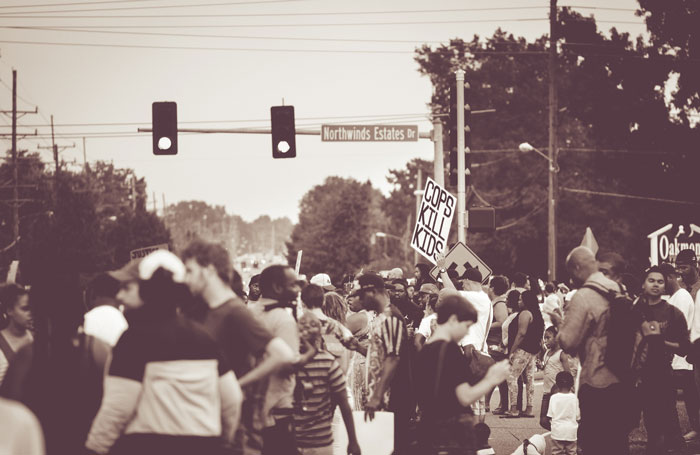 Talking About Events in Ferguson? Some Useful DistinctionsAugust 25, 2014

There are all kinds of conversations going on right now about the shooting of 18-year-old Michael Brown, another young African-American male in Ferguson, Missouri last week. Most of us are quite familiar with the story by now, and are outraged by another incident in the U.S. involving the use of lethal force by law enforcement against unarmed teenagers, particularly those who are black. And if we aren’t outraged, I think that we should be.

These conversations are more difficult to navigate when certain important distinctions are not made clearly. We can see this problem in the news media in which the third person reporting of relevant facts to the public immediately becomes conflated with the social and political views of the news station and host.