Feeding the Black Snake of Audacity 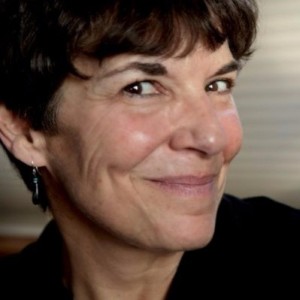 I recently had a powerful dream. A bigger-than-life yellow snake was striking at me, baring its ominous teeth, snapping its jaws. Just when I thought my life was over, an enormous black snake appeared and attacked the yellow snake until it slithered away. This dream felt so real, so frightening that I kept reliving it, reflecting and unpacking it. I believe the yellow snake represents my Insecurity, and the black snake is my Audacity—my willingness to take bold risks.

Bold risks are internally generated disruptions that require Fear“plus”ness, or fear + courage. They are the pivot points that punctuate my life, those decisions that may not have seemed significant at the time, but that changed everything, allowing beautiful new chapters to unfold. From a self-conscious, 225-lb teenager I became a marathon-running senior manager in a global corporation. From a sedentary child I became a 55-year-old woman rowing Grand Canyon whitewater. And now, when most people my age have their sights set on retirement, I’m stoking the fire in my belly and reinventing my career. In all three examples, the strong threat of not living fully is what kindled my courage and overpowered my self-doubts and fear of failure.

We can all identify decisions we’ve made that disrupted our normal way of being and created new possibilities that changed life’s trajectory. Reflecting on my pre-Integral Facilitator training days, I see that as a facilitator I played small. I gave the yellow snake of Insecurity the upper hand, always guiding toward consensus, glossing over any hint of conflict and helping groups come to agreement in much the way they were accustomed to. It was a safe route—“facilitation lite”—and I felt good about the way I engaged with people in a way that helped them feel comfortable and met their stated objectives.

Now, as an Integral Facilitator, I strive to find the right balance of comfort and discomfort, sameness and difference, agreement and challenge. In my facilitation and in my coaching, that is my growing edge. Audacity is a self-motivated step outside of my comfort zone, into a potential threat. For me, the potential threat is everything the yellow snake of my Insecurity represents: fear of appearing unskilled or even stupid; fear of alienating people; fear of failure (inner voice: who am I to think I can _______?); fear that I will lose this client and never work again(!); anxiety around the uneasiness I feel when I uncover conflict or discomfort in someone else. When these insecurities have their hold on me I am in a position of stagnation, which stands in contrast to the polarity of growth.

The potential outcomes I fear are based on the stories I tell myself, which may in fact have some truth in them. But the thing is, the degrees of impact of the potential threats are all projections, constructs of my own mind. Distortions of past experiences may be only remotely related to the situation at hand, yet these threats can seem very real in my reptilian brain. Just as the stronger threat of not living fully overpowered my fear of failure in my life-arc examples, my commitment to being a changemaker—to help people reach new territory together—emboldens me to make audacious moves in my facilitations.

Here’s a recent example. A few months ago, I was facilitating a non-profit board offsite. The Executive Director and a new board member agreed about a different direction they felt the organization should be taking. The two fervently made their points and garnered support from several other board members, while others declined to comment. The ED acted as though everyone supported this proposal, case closed, time to move on with the agenda. Short break. When the board returned, the energy felt different. I had a sense at least part of the group felt steamrolled—captive of the groupthink that can happen when the most powerful and persuasive people in the room goad the group to see things their way. Rather than continue with the agenda, I asked probing questions to uncover concerns and excavate the “whys” of people’s opinions. The black snake of my Audacity was emerging. The move felt risky because the ED appeared to hold his own agenda and authoritative power—and he was the one who had hired me.

As I invited them into the conversation, the quiet people began to feel their opinions were worth sharing. A couple of people expressed some anxiety about the new direction, which involved a more political stance. By probing what was at stake, I uncovered a concern that the most valuable, differentiating aspects of the organization’s offerings might be overshadowed by aggressive advocacy. In the end, the organization decided to proceed in the new direction with some specific boundaries. The beauty of the challenge was that it resulted in a more cohesive board and a more judicious way to move forward, lessening the risk of alienating affiliates and key stakeholders.

I challenged the group because a strong feeling inside me trusted that this was the way to handle the situation—but the result could have been disastrous. The Director might have felt I was undermining his efforts to lead the organization to have greater impact. The board members could have been unwilling to express their concerns. The agenda could have become so derailed as to prevent the meeting’s objectives from being addressed. What goes on inside me that allows my Audacity to come into play?

It all comes down to readiness. For me, the degree to which I’m ready to make an audacious move has three elements:

Developing and practicing skills
When I consciously practice competencies I learned in the Integral Facilitator Program, I strengthen my trust in the deep, gut feeling that this is the right thing to do, and that I am capable of doing it. These competencies are valuable in any kind of collaboration, even in one-on-one conversations.
Having a Clear Intention

I start with an intention for myself in my facilitator role. This helps me focus my attention on fine-tuning my awareness, honing my listening skills, and becoming more keyed into my own feelings. Aware of the group dynamics in the moment, I can let go and allow the group’s energy guide the conversation. The ability to flex-flow, or be liberated from a preconceived outcome and a stringent agenda, empowers me to uncover rich, diverse perspectives in service to the group’s intention.

Observing other risk takers
When I see masterful facilitators taking bold risks—even if they don’t always work—I’m more likely to believe the risk is safe for me. Research on risk-taking in humans supports the idea that there is a contagion effect when it comes to taking risks—especially when the result is positive.
There is art, beauty and inspiration in watching or participating in an elegantly facilitated experience that opens up new ways of thinking and doing. I look for opportunities to see when and how other facilitators take risks, the outcome and how I might have done things differently.

Experimentation
On an intellectual level I may realize that the most dreaded potential outcomes of an audacious move are unlikely to happen. But my reptilian brain can take over, outside of reason. When I experiment by making moves outside my comfort zone and experience positive outcomes, I begin to disempower my insecurities. Even when I fail, I begin to understand at a gut level that failure is not complete or irreversible, and it doesn’t always implicate me.

Every time I feed the black snake of my Audacity, I weaken the yellow snake of my Insecurity. I expand my capacity to challenge myself and the groups and individuals I work with to think about things in a new way. I become emboldened to take people and groups to a place of discomfort when that’s what’s needed to free them from the constraints of their own assumptions.

How do you feed your black snake? What does Fear“plus”ness look like in your life and your work? What are your intentions that make audacious moves worth the risk?

“The blessing really is outside of your comfort zone. If you stay and do what you’re comfortable with you’ll never experience something new and incredible”.
-Ashley Hicks, Co-founder of Black Girls RUN!

Nikki Naiser is a Ten Directions Certified Integral Facilitator. She draws on her experience as a corporate and service organization leader and her exploration of her own interior to help develop more adaptive and collaborative teams. She holds a master’s degree in Sociology and is currently enrolled in the Immunity to Change coaching certification program.

2 thoughts on “Feeding the Black Snake of Audacity”