What Self Is the Instrument? 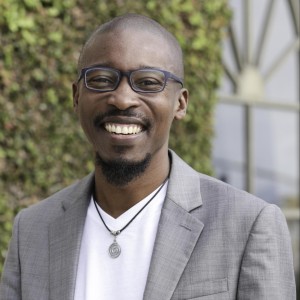 As a young boy growing up in Jamaica, I believed that I was developmentally behind because I was black, Jamaican, and materially disadvantaged. As I became exposed to American culture through books, the media, and tourists, I was more convinced that I was less developed than my white American peers.

Of course, I did not consider them my peers at the time. They were my betters. What informed this unfortunate and inaccurate perspective? It was because I didn’t know about fast food (which we didn’t have in Portland, Jamaica when I was in school), game consoles like Nintendo (which I still have very little clue about), and I talked ‘bad’. I spoke Jamaican Patois (pronounced Pat-Wa) and didn’t speak Standard English, nor was I aware of the vocabulary and many of the linguistic nuances of American and European culture. To my underexposed mind, to be white and American was to be more intelligent.

Not coincidentally, I held this perspective around a decade after President Reagan declared the Global South, of which Jamaica is a part, to be underdeveloped. This insensitive designation worked its way into the consciousness of Caribbean and Latin American peoples, including me.

Reagan may have made this declaration for political reasons to undermine the structural and economic development of these countries. However, his label transferred to the psychic spaces of a people needing to transcend the heritage of enslavement and colonization. The message I internalized was that people like me were inherently deficient. Back then, I did not know myself or understand how to make my way through a world I did not understand. I suppose it is not surprising that I developed a keen interest in adult development in high school.

Fast forward about a decade. I was planning a men’s retreat with a close friend. My friend and I were curious about the transformative possibilities from bringing gay, straight, and bi-sexual men together. We decided to host this retreat on an island in Bermuda, where I was living at the time. Our core team of about ten men were all white Americans, with the exception of a Latino American and myself. That was not an issue, or so I thought. I was often aware of my difference and the consequences of being a black Jamaican. And yet during our meetings, I would say relevant things many times that no one acknowledged. I noticed quickly, though, that teammates acknowledged others who said the same thing or something similar. I felt invisible. I would be oversimplifying things if I were to claim that the only issues at play were race, country of origin, or unconscious bias. There were also personality types and leadership styles, among other factors.

I tried to convince myself that what I was observing was only about the way I showed up as a leader in the group. My white American teammates demanded space and attention in ways that were foreign to me.  Even though I knew other factors were also at play, my sense of being deficient because of my cultural identity resurfaced and held me captive. I thought, “They must not be able to hear me because of my Jamaican accent.” Feeling incompetent and unworthy, I started to believe that my capacity to contribute to our plans was inferior to theirs.  I was also angry and disappointed in myself. How could I still think that I was unworthy because of my cultural identity?

Something shifted within me as I asked this question. I noticed that those ideas I had about myself no longer fit the self that I felt most present to. I did not know how to reconcile this tension. During this period, I reached out to an adult developmental theorist and coach for support.

Why do I share these experiences with you? As an educator, developmental coach, and facilitator, I am aware of the importance of using Self-as-instrument to facilitate other people’s growth and transformation. I am also intimately aware that for those of us who belong to historically marginalized groups, self as instrument also implies coming to terms with the pain derived from belonging to those identity group(s), and turning that pain into a catalytic force for growth.

The coach and facilitator who has not addressed their identity pain and internalized oppression from belonging to a cultural group that was enslaved, colonized, or otherwise dominated, is limited in their effectiveness for generating growth and transformative change in others.  Addressing identity pain and the tension between our various selves is a part of one’s developmental journey. Below are some of the steps I took along this journey. I share them here with the hope that they might serve others:

While I am not proposing it as a formula for everyone, this series of steps supported me in stepping into a more developmental view of others and myself. As a result, and over time, I felt more expansive. In a recent conversation I had with an Integral Zen monk, I described myself as being an endless unfolding of not knowing. We both had a good laugh about this because at one point, I wanted to become somebody. It was one of the main reasons I wanted to earn a PhD. I thought that having a PhD would make up for my background. It is a risk for everyone involved for an educator, facilitator, or coach to function from such a place of identity deficit.

I used to think of being a Jamaican as a fixed identity, place, and way of being. Such a static way of being in the world is no longer my experience. Identity and sense of self are dynamic, complex, and paradoxical. It seems to me that we are always moving from and between one sense of self and identity to other selves and identities.

A more expansive sense of self, which includes and transcends multiple dimensions of identity, including our shadow, is the instrument that facilitates growth and transformation in others. I think of this concept as self in-between selves. Self in-between selves is the space effective facilitators occupy in order to use their identities as an instrument for growth and transformative change.

I’ll leave you  with a journal entry I wrote during the first week of my 5-week Camino pilgrimage when I most yearned for a liberated sense of self.

July 28, 2016:  Jamaican. Black. Short. Fatherless. Poor. Christian. Foreigner. These are the labels that I assigned myself. I also felt that society assigned them to me. As a child, I was too poor to hang out with the good, smart kids. As a teenager, too Black and Jamaican to do anything good. As a young adult, too Christian. As an adult, too much of a foreigner to take care of my family. I did not belong anywhere. I felt I was too different to feel at home in Jamaica and with Jamaicans. I was/am often reminded that I am not Caymanian, Bermudian, or American. Who am I then? Where do I belong? It’s too much of a burden being the Outsider. I embrace those labels all too easily, allowing them to box me in. I have made these labels my prison. And, I have served my time. But, where do I go, now that I am being liberated? I cannot go to a physical place that is free of labels. Can I, do I want to choose and empower certain labels? No. I must come to terms with all of them, reducing their power over me.

To be human is to grapple with issues of selfhood and identity. To be an effective facilitator and coach is to move beyond grappling to embracing our multiple selves and then using them to support others who are still subject to a less than whole sense of self. What important work to be involved in!

What about you? What identities have you had to grapple with or transform and how has it informed the sacred work that you do today?

Akasha (aka Pete Saunders), Ph.D., PCC, is a pilgrim, educator, and developmental coach with over 10 years of professional experience. Through a coaching approach guided by love, mindfulness, adult development, and transformative change he accompanies his clients on a journey to realizing and expanding themselves.  He is an adjunct faculty at St. George’s University. He works as an organizational consultant through Solfire Consulting, helping to foster diversity, inclusion, and equity through a constructive developmental approach. He is also known for his success working with men across multiple sociocultural differences. Akasha holds a M.A. and a Ph.D. in Human Development from Fielding Graduate University. He is a Professional Certified Coach (PCC). He is ever on the move and spends most of his time between Grenada and Bermuda with his life partner, their son, and dog.

4 thoughts on “What Self Is the Instrument?”