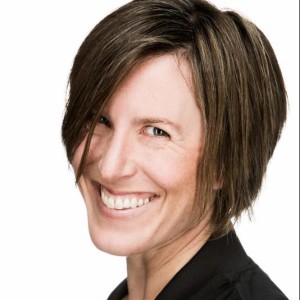 Let’s just start where it hurts.

My friends and colleagues are worried about the recent push back on cultural progress. So is UN Secretary-General Antonio Guterres. His line “We must push back against the pushback” resonated with 10,0000+ gender equality leaders at the United Nations in March.

There is a growing sentiment among equality leaders that we are in f**d up times, where values, principles and social gains are facing backlash alongside the spread of far-right politics, online groups and insurgency movements.

In some ways, this was mirrored at Next Stage Facilitation™ training a while back, where we were practicing leading tough dialogues.  We chose our topics and I noticed that a fair number were on gender politics. Familiar threads: How men are listening, engaging, supporting. Women exhausted and incredulous that equality rights may be rolled back if men begin inserting their rights for space in the dialogue around gender equality.

At the heart of the tension in our small groups, and at a global scale, there is fear that we’re going ‘backwards’. For some of us, the rise of populism that we’d seen in Europe in the 1940s, the momentum of US white supremacy in the 1950s, and the periodic waves of anti-immigration were considered behind us.

Everyone is grappling with dismaying developments worldwide where, for example, leaders who stand for cheap beer over a solid education are receiving broad support. There is a feeling of going back in time, losing ground, rights being eroded.

And it’s not just a feeling. It’s a stark reality. You can build legislation, policies and services to advance the status of women and then see everything you built suddenly rolled back. The anti-abortion legislation in Missouri and other States is a recent example.

After 25 years of human rights and gender equality work, it is easy to feel discouraged. But reminding myself of the broad arc of evolution helps.

Evolution has a directional momentum. Like a river hurdling across the tundra, braiding out into hundreds of streams that lay a stake in wild exploration. The current of evolution leads us to greater complexity, differentiation, and possibility. And it’s easy to freak out when your spidey sense picks up that some of us have blocked the river in an attempt to stop the flow.

In the really early days in our human adventure, we became upright, started fires, chased bison, made pictographs. Fast forward a millennia or two, we created more sophisticated societies, built factories and invented cars, skyscrapers, the telephone. Then so complex I can’t even see it: Nano-tech, AI, and social media.

These are some of the linear markers of evolution.

But does evolution feel linear within ourselves? And if not, how does our messy, uneven growth serve the groups we facilitate and lead?

There is a tendency to conflate evolution with ‘steady’. What I mean by this is that there is an assumption that growth follows a predictable and orderly progression over time. Like the way you add flour slowly to a Bundt cake, or pour oil into your engine twice a year. Careful, methodical. Measurable.

I’d convinced myself that my own growth would progress in this linear way.

After 17 years with government, I had a constant feeling that I needed to stretch my mind and skills. Even though I loved my work and the people, I needed a new challenge. Mountain biking, overnight trains in Vietnam, and parenting my two tweens didn’t quite do it.

So I assumed, along with my good friends and colleagues, that advancing within my organization was the next stage of my evolution.

I’d gain practical new skills at a new level of complexity: bigger teams, public/political interface, and weaving together different departments to help it function as a ‘whole’.

I wanted my “evolutionary leap” into the next level of challenge.

Recently, I heard a much better analogy from my teacher Cynthia Bourgeault that reminded me that our evolution doesn’t follow a linear path.

Our growth expands dynamically and suddenly, like water percolating at a soft boil on the stove. Water gathers energy for a while, building energy.  Bubbles start to hurl themselves to the surface, then BAM, there is a state shift. Liquid becomes vapor. The kettle’s screaming and your tea’s ready.

This idea of imperfect, unsteady evolution, while following a broad arc, is helpful for those of us leading groups. It fundamentally unseats our ability to remain in control of how people participate, connect and solve problems.

How does this orientation work to your advantage as you facilitate or lead groups? What are some common traps we fall into when we are attached to a linear  progression of how groups function? And how do we break free from them?

1. Attaching to a preconceived outcome. When we do this, we are dead to the present moment. Whether it’s the linear progression of the agenda, ‘natural unfolding’ of conversation, or the final outcomes- if we get too attached to an expectation of what should be, we miss the depth of the human experience beneath.

When we ignore this in groups as a facilitator, it’s at our collective peril.

Breaking free from this involves coming alive in the moment- present enough to be surprised at every moment. This enables the wider wisdom in the room to be sourced and integrated, even if perspectives are in stark opposition to your own or the majority. This is uncomfortable, as it may mean the outcome is unfolding in a way that you or your group hadn’t considered.

2. Overemphasizing process design. When we get too bound to a pre-established process, it’s easy to gloss over emotions and content that doesn’t sit well with our design. It can be tempting to shut down conversation or momentum, if we lean too much on our linear agenda. The risk is that pay less attention to or ignore the unexpected.  Instead we lean on a script that confirms our assumptions.

By taking the uneven progress of evolution as our compass, it is possible to ease up on process design attachment.  Maybe you let go of your detailed 3 page agenda and instead are guided by a rough outline of key milestones. By doing this, you have to constantly source and catch your balance from a deeper place of gravity. Instead of your design, you are tuning in and grounded by what I’d call your Deep Heart and Inner Witness. This enables you to move fluidly with the unexpected bumps of messy group process. It allows for the surprising knots to both happen and untangle themselves.

3.Becoming caught up in our identity as an influential or powerful leader. In the role of facilitator, there can be a tendency to orient and act from a place of ‘power over’. You are hired to do a job, with results. Naturally, at the head of the room, facilitators are ‘one up’. If we invest too much in this identity as a way of creating movement within a group, our ability to be ‘self as instrument’ collapses.

Letting go of your identity as the center of power in a room, doesn’t mean that you’ve relinquished your intrinsic power. Rather, you are invited to make a conscious choice to situate and relinquish your attachment to role and power, in order to open up possibilities of the human heart and spirit. In other words, when YOU get out of the way, the group has enough freedom and agility to generate its own magnificent process.

Back to where it hurts…

My friends and I were sitting at a mid-town classy bar in NYC after a long day at the UN. We were considering this idea of ‘pushing back against the pushback’.

Over Prosecco and beer nuts, we had the sense of being thrown off balance. We felt unsteady in this deepening global conversation of where we’re (of all genders on the spectrum) at with equality rights. In so many ways, it doesn’t look good.

Yet if I trust the arc of evolution- that we are truly moving forward despite the uneven and challenging terrain- then I am going to let this kettle boil. My own personal, and the collective transformation, doesn’t always follow what we anticipate in professional or democratic spaces. At least not this close up. What I do know is that opening up to the messy spaces of human transformation will make all the difference.

How will you bear witness, without judgment, to your own uneven evolution and the dynamic groups you serve?

Jennifer England supports courageous leaders and teams to become transformational agents of social and environmental change. She is the founder of Spark Coaching and Consulting, working across boundaries of all kinds, to develop conscious leadership through coaching, facilitation and collaboration. With over 25 years as an executive public servant and non-profit leader in gender equality, she is also a dedicated contemplative, committed to the integration of action and mindfulness. A certified Master Integral Coach™ with Integral Coaching Canada and a highly skilled facilitator, she focuses on both individual and systems change informed by Integral Theory, adult development, and Theory U. In her free time, she can be found stoking her woodstove, waxing her skis, and pursuing backcountry adventures in Yukon and Alaska with her family.