Being a Tuning Fork for Collective Intelligence 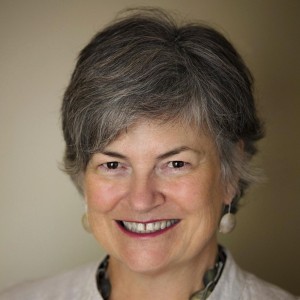 Rebecca is a talented integral facilitator, strategist and coach, co-creator of Integral Facilitator programs, and the Founder of Ten Directions.

An excerpt from “Will the Next Buddha be a Sangha? Responding to the Call to Influence the Future of Collaboration” published in Integral Leadership Review, January-February 2015

In the early 2000s I was retained to lead a cross-border merger integration project for a major utility. This was an extremely challenging and emotionally intense experience for the employees, for the new management team, and for the merger integration teams who now had functional responsibilities for aspects of the ‘new’ smaller and leaner post-merger organization.

In the new post-merger culture, there was a strong preference for learning in teams, and working collectively was valued.

The mandate we were given was to create a new, higher-performing culture using an empowerment framework that relied on more engaged and facilitative approaches to getting work done. One of our key areas of focus was to help people learn how to use more reflective processes and bring team learning into the organization.

As the integration process unfolded, we saw a complete bifurcation in the performance spectrum. One of the key differentiators was the level of facilitative leadership displayed by the team or department leader and their willingness and capacity to engage others.

Some teams were entrenched in the old culture and old leadership style and found it very difficult to get traction. However, the groups who had higher engagement and a facilitative approach enjoyed quite different results. While they were slower to get into task performance, and slower to start, they out shone the other teams.

For example, they were open to digging into the difficult emotions present in the post-merger and downsizing environment, and transformed what employees cared about into new shared commitments for collective best practices.

In these more engaged and participative teams, innovative and creative suggestions started to flow, and people took on side projects to tackle old barriers to getting things done. Employee survey results pointed to higher satisfaction and morale, performance benchmarks turned around, and targets started to be exceeded.

The more capable facilitative team leaders did so well that they started getting cherry picked out of their teams to go lead other initiatives in the organization.

What the story above illustrates is that even in a relatively low-tech industrial setting, one of the core outcomes of facilitative leadership is the emergence of self-generativity.

In a team system, the leader’s role is to catalyze activity—much like a spark of ignition that gets an engine running.

If that leader is facilitative, their catalyzing influence can intentionally liberate each individual’s inherent abilities and enhance the group’s self-reflective capability. This will happen through a combination of skilled facilitative interventions and the quality of the facilitative leader’s own presence, awareness, and depth.

As a result of their facilitative leadership, the team will do more than perform—it will begin to drive the process of its own continual development or “performance acceleration.”

Performance acceleration happens as participants in the team increase in reflective awareness, which in turn grows their capacity to work together with more depth and complexity. The team’s momentum is fueled from the “inside out” by the enjoyable efficacy of the way its members are working together.

What also starts to happen is that the team’s learning and development nourishes the facilitative leader, liberating them from strictly serving as a catalyst for activity and direction and inviting them into more complex and creative participation in the team’s mission.

This is when a team has become Self-Generating. The process by which its members work together generates new learning and development that leads to higher and higher levels of engagement, performance, satisfaction, and creativity.

Self-generating teams and organizations feel alive. They display greater fluidity in response to the unknown. They are more agile, leverage creativity, and are fundamentally more enjoyable and fulfilling cultures to be a part of.

If you’d like to hear more about building these capacities in your self, or within your leadership team, please reach out.

Rebecca is a talented integral facilitator, strategist and coach, co-creator of Integral Facilitator programs, and the Founder of Ten Directions.
View all Posts

2 thoughts on “Being a Tuning Fork for Collective Intelligence”

Facilitating Online Masterclass In this together Inclusion 2.0 Freedom to Fight Willing to Feel Seeing the Hidden, Speaking the Unspoken