Free To Go Off Script 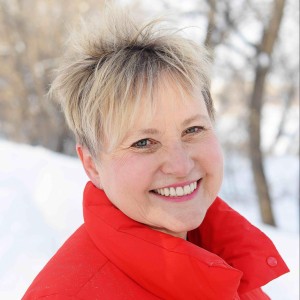 I needed a breakthrough. Two important group facilitation events loomed in my near future. While I felt excited about them, I also felt terrified. As a lifelong writer who is more comfortable in the writing cave and in one-to-one mentoring situations, the very thought of guiding a group of writers gave me a chill. This was something I had veered away from religiously. But now, doors were opening and I felt called to step across the threshold. I could no longer say no.

My mind leapt ahead as I tried to anticipate every possible worst-case scenario. What if there was no sizzle and the group went dead? What if someone lobbed a grenade from left field and disrupted everything? What if I froze and lost my train of thought?  These were not wild imaginings; they had actually happened to me. I needed help.

Serendipitously, I got word of a Next Stage Facilitation Intensive with Integral Facilitator co-founders, Diane Musho Hamilton and Rebecca Ejo Colwell. I had seen Diane in action numerous times. Like so many others, I was in awe of her ability to read group energy, respond in the moment, and make it look so easy. If only I could be more like Diane. I didn’t want her star power, just the skills. I signed up and packed my bags.

While the intensive was amazing in so many ways, I left feeling uncertain. I had been hoping for a breakthrough and some kind of sign that I was on the right path. It hadn’t happened for me. Even so, I began plowing what I had learned about working with group energy into the design of my upcoming three-day writers camp with nine women.

To amplify energetic coherence, I created a camp chant. And to amplify difference, I invited everyone to bring something they created, something that carried their energy, for a show-and-tell evening.

I also adapted the tools I had learned to my unique style and dovetailed all that with my learning edge. I tend to be animated and kinesthetic. The learning edge I had identified at the intensive was spontaneous self-expression. So, I decided to use the whole room as both a prop and a stage for animated self-expression. I also visualized myself dancing with the energy of the group.

Writers’ camp felt like a dream in which I was fully alert.  My whole body became a porous and finely tuned sense-and-respond instrument, with all senses open. I extended my attention and feeling sense into the group’s field and made necessary adjustments hours and even minutes before a session. And I felt free to go off script. It all felt so effortless, so intimate. So much fun.

Afterwards, one of the participants said that my capacity to read the group energy and to go with the flow was remarkable. This was the breakthrough I had both longed for and secretly doubted. I am grateful that it came when I was thrown into the deep end of the pool instead of at the intensive. That made it more real for me.

I realize now that my fear of chaos in a group facilitation situation prompted me to control something that is essentially uncontrollable. By giving up the illusion of control, and by trusting my capacity to be a sense-and-respond instrument, I could work with group energy instead of resisting or pushing against it.

It feels as if the heavy robes of group facilitation have fallen off my shoulders, at least for today. Not only have my facilitation skills improved, my identity has shifted. This is bigger than the breakthrough I had hoped for. It frees me to design a script with joy instead of fear. And it frees me to go off script.

Even if you are a seasoned facilitator who is free to go off script, I invite you to pay close attention to your particular growth edge. In what situations do you feel uncomfortable or challenged? What is your next threshold, the one you’ve been reluctant to step across?

3 thoughts on “Free To Go Off Script”