Using conflict as a group thermostat 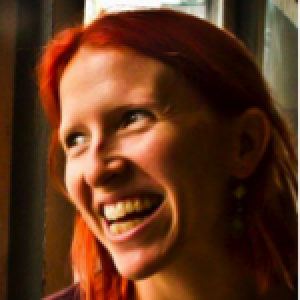 Every facilitator knows that conflict in groups can actually be a good thing. It’s often a healthy sign that a group has established enough basic trust to raise tensions. Skillfully navigated, conflict can build trust, strengthen relationships, and enhance the effectiveness of team functioning. Poorly navigated, conflict can be a real setback for group effectiveness. That skillful navigation is key, and a central part of professional development in our field.

I for one am always interested in deepening my understanding about the alchemy of group conflict from masters. That’s why I recently attended a Next Stage Facilitation Intensive with Diane Musho Hamilton. Diane is an accomplished mediator and facilitator, having worked for decades with heated conversations around race, gender, culture, and religion. She is also a transmitted Zen teacher, which I figured would have some sort of interesting impact on her work. I was curious to see her in action and learn from her style. And I was not disappointed. One key learning stands out about working with conflict in groups.

Throughout the weekend, Diane impressed me with her highly refined attention and ability to track very subtle group dynamics. And then I began to notice how she used those dynamics to consciously play the group’s energy like a live DJ works an audience. One of the key gauges she played with, as she later explained to the group, was conflict.

Consensus is cooling. Biologically, we tend to be soothed by sameness—by a sense of unity, connection, and belonging with those around us. But as any creative knows, difference can heat things up in a good way—conflict and tension can generate energy for action, innovation, and more holistic thinking. Too much sameness leads to complacency, stagnation, and blind spots. Too much difference leads to stress and an inability to learn and make progress.

So the trick, I learned from Diane, is to consciously adjust the group temperature to help move a group forward toward its intended outcomes. When the group energy is low, for example, that’s a great time as a facilitator to turn up the heat and begin highlighting difference in a discussion. When the energy is rather heated already, you might need to cool things down and remind those in an argument of shared interests and qualities of sameness. The effect is literally like an energetic thermostat, and while this concept sounds simple, there’s a lot of art in it’s execution. Through the choices we as facilitators make in our verbal and body language and which questions and comments we choose, we’re playing with group temperature. And Diane showed me new ways that we can do this with intention and skill.

In my own work, I have been playing with the dials ever since. I notice I’m watching for something new in groups now—how facilitators do or don’t play with the heat. I’ve been experimenting with different ways to raise or lower the temperatures of conflict and consensus, and watching the ripple effects in the group with a certain delight. It’s like having a new instrument to play with.

We all know the old ‘forming, storming, norming’ heuristic; the temperature tool offers a new way of thinking about the intentional role a facilitator can play in that process, across various time-scales. Whether within a dialogue, a day long, or a year long process, we don’t have to just ride the group wave. We can guide it.

1 thought on “Using conflict as a group thermostat”